Note: If not otherwise indicated, changes from the previous year are based on currency-adjusted figures and exclude the results of the Applicator Systems division (see note 6 to the consolidated financial statements). Sulzer uses some alternative performance measures; these are defined in the Sulzer Annual Report 2021.

Order intake increased by 11.4% including acquisitions and 10.9% organically. Sales remained stable, recording a year-on-year change of 0.9% and 0.6% excluding acquisitions — a solid achievement in a difficult environment. While EBIT and net income were impacted by write-offs related to the exit from Russia and closure of activities in Poland, operational profitability reached 9.0% for Sulzer. Free cash flow, impacted by global supply chain constraints, amounted to CHF –78.2 million.

On April 6, 2022, Sulzer announced that it would significantly reduce its business in Russia, followed by an announcement on May 24, 2022, that it was initiating the process to sell four legal entities in Russia with operations in all three divisions.

An active program to find a buyer or buyers for the entities is ongoing, with discussions taking place with interested parties. As a result of this, the assets and liabilities of these entities were classified as held for sale for the period ended June 30, 2022, and corresponding impairments and other write-offs were recorded.

On May 19, 2022, the group announced its intention to wind down its business in Poland following a decision on an interpretation of the Polish sanction regulations, which were unilaterally introduced by Poland. The business in Poland included two entities with activities in the Flow Equipment and Services divisions. As the group assessed that it no longer controls the two entities, the entities were deconsolidated and a write-off of the associated assets was undertaken.

In line with the ad-hoc announcement issued on July 1, 2022, the impact from both events has been recorded in Sulzer’s H1 result and amounts to CHF 119.1 million on a net income level. The majority of the impact stems from the exit from the Russian market, and includes CHF 21.0 million net financial income (shown below EBIT) arising from foreign exchange movements on unhedged intercompany loans to Russia. The order backlog adjustment associated with the exit from Russia was CHF –70.8 million.

While a number of income statement KPIs and balance sheet positions are impacted, the write-offs are excluded from operational profit, which therefore provides a fair view of Sulzer’s operational performance.

Compared with the first half of 2021, order intake increased by a strong 11.4% to CHF 1’734.1 million, fueled by organic growth of 10.9% and CHF 7.0 million from net acquisitions. Currency translation effects had a positive impact on order intake of CHF 5.9 million. Order intake gross margin decreased nominally by 0.3 percentage points to 32.8%. 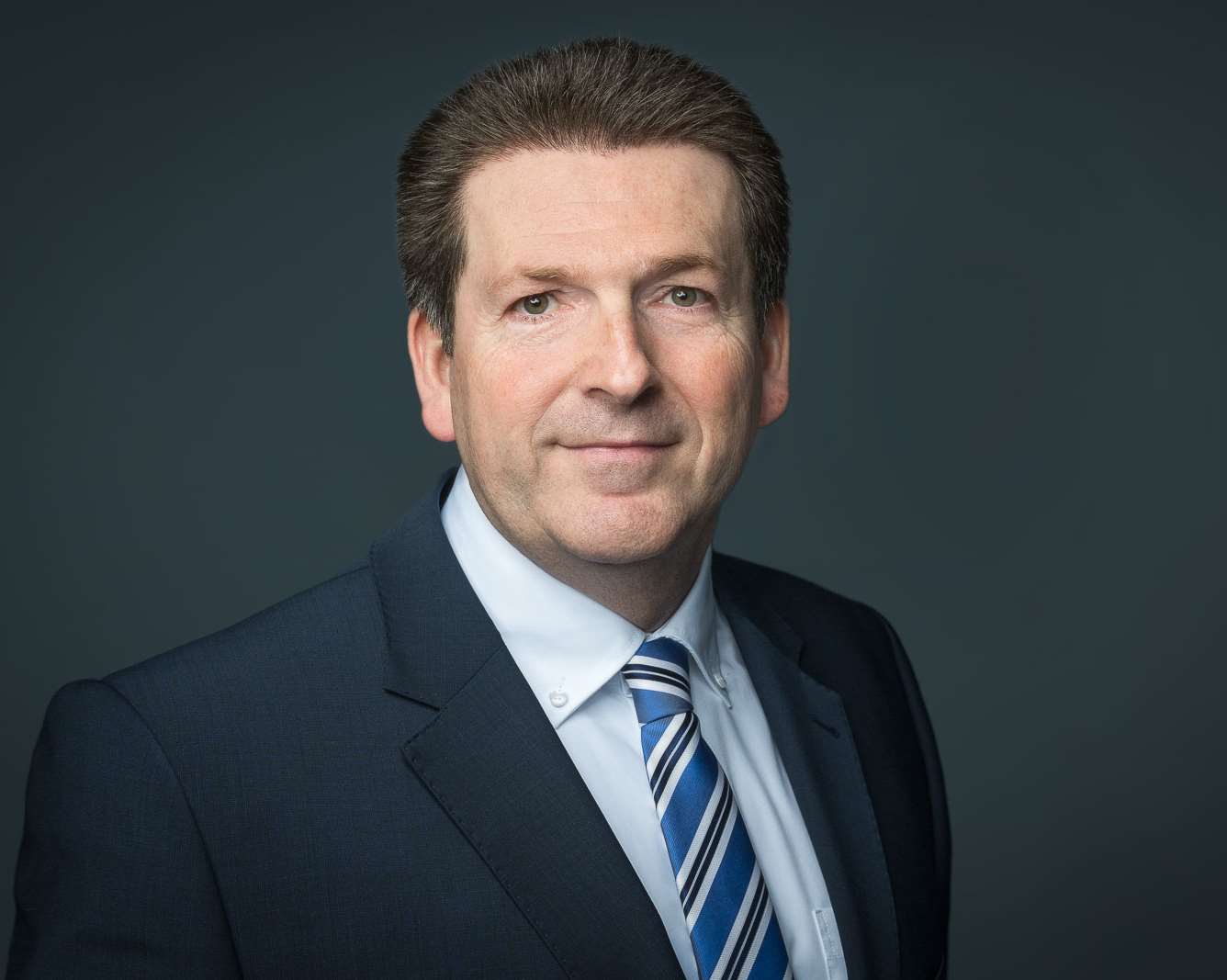 We are continuing our growth path with a substantial increase in orders in the first half of 2022 and a solid backlog for the months to come. Thanks to our strong operational execution combined with strict cost management, our overall operational profitability has further improved in a challenging market environment, and we are confident of reaching our full year guidance as we expect continuing momentum in our strategic growth markets.”

Within Flow Equipment all segments grew by double digits, leading to an increase of 14.0% (13.1% organically) in the division. Energy orders increased by 20.7% thanks to good market momentum and a low comparable base for the first half of last year. Industry orders also increased significantly by 12.7%, as did orders in the Water segment, which recorded order growth of 10.4% (8.2% organically). Order intake in the Services division grew by 2.7%, with organic growth of 2.4% being the main driver. A strong performance in the Americas and Asia-Pacific more than offset the drop in Europe, the Middle East and Africa (EMEA), where Russian orders collapsed. Chemtech’s order intake increased by 20.8%, with strong commercial momentum in all regions and continuously growing demand in the Renewables segment (12.0% of the division’s order intake). Overall, by the end of June 2022, order intake from the Russian market was 88% lower than one year ago.

Sales increased by 0.9% compared with the first half of 2021, reaching CHF 1’516.8 million. Organic growth amounted to 0.6%, with acquisitions adding CHF 4.6 million and positive currency translation effects amounting to CHF 8.3 million.

The Flow Equipment division saw a decline in sales of 4.4% (5.1% organically). The decline in Energy (–10.9%) was anticipated, as the business entered the year with a low order backlog. Sales in Industry were 2.5% lower than in the first half of 2021, whereas Water sales grew by 0.6%, also helped by CHF 4.5 million from acquisitions (1.4% organic decline). Sales in Services grew strongly in the Americas, more than offsetting declines in the EMEA and Asia-Pacific regions. Overall, Services achieved year-on-year sales growth of 2.8% (2.4% organically). In Chemtech, sales were significantly up by 9.2% (9.8% organically, impacted by a divestiture in Brazil) thanks to strong execution and stringent efforts to overcome Covid-19-related lockdowns in China.

Operational profit from continuing operations amounted to CHF 135.8 million (excluding the impacts of write-offs) compared with CHF 127.6 million in the first half 2021, an increase of 4.9%. A better mix was further supported by savings from cost reduction measures in the Energy-related business and continued spending discipline.

1) Non-operational items include significant acquisition-related expenses, gains and losses from the sale of businesses or real estate (including release of provisions), and certain non-operational items that are non-recurring or do not regularly occur in similar magnitude.

2) Comparative information has been re-presented due to discontinued operations (details are described in note 6 to the consolidated financial statements).

Negative EBIT due to Russia and Poland write-offs

Sulzer incurred one-off expenses of CHF 141.4 million, mainly consisting of write-offs in relation to the exit from Russia and closures in Poland, which accounted for CHF 132.5 million. Thereby EBIT amounted to CHF –25.5 million compared with CHF 97.4 million in the first half of 2021. Return on sales (ROS) was –1.7% compared with 6.5% by June 30, 2021. Excluding the Russian write-offs, ROS would have been above the H1 2021 level.

Income tax expenses comprise current and deferred tax, and amounted to CHF 30.5 million, compared with CHF 26.2 million for the six months ended June 30, 2022. The reported effective income tax rate amounts to 166.4%, compared with 24.4% for the six months ended June 30, 2021, and was significantly influenced by write-offs and other losses of business in Russia and Poland impacting income with no corresponding reduction in the projected tax charge — without these items the effective tax rate would have been similar to the six months to June 30, 2021. The June 30, 2022 tax charge also includes the write-off of a CHF 2.2 million income tax receivable and reversal of a deferred tax asset of CHF 5.4 million, both related to the Russian businesses.

If not otherwise indicated, balance sheet movements from the previous year are based on nominal figures.

Total assets as of June 30, 2022, amounted to CHF 4’760.0 million, a decrease of CHF 250.4 million from December 31, 2021. Non-current assets decreased by CHF 192.4 million to CHF 1’641.8 million, mainly because of lower defined benefit assets recorded for the pension funds in Switzerland (CHF 134.3 million). This decrease was triggered by the regular remeasurement of the net pension assets, with IAS 19 asset ceiling rules limiting the balance sheet recognition of the surplus funding in the Swiss plans. Additionally, lower goodwill (CHF 24.8 million, arising from FX impacts and CHF 8.6 million due to the write-off in Russia), lower other intangible assets (CHF 23.5 million, of which CHF 6.7 million for impairments in Russia) and lower property, plant and equipment (CHF 12.2 million overall) were recorded. Current assets decreased by CHF 58.0 million including CHF 94.7 million attributable to write-offs in relation to the Russian operations. Excluding the CHF 41.5 million being reclassified as held for sale, cash and cash equivalents decreased by CHF 163.3 million mainly due to lower operational cash generation. Inventories saw a temporary increase (CHF 48.8 million net including Russia write-offs), as did contract assets (CHF 37.4 million net). Other current receivables and prepaid expenses increased by CHF 23.9 million due to general business phasing.

Free cash flow amounted to CHF –78.2 million in the first half of 2022, a significant reduction compared to CHF 117.1 million reported in the same period last year, which still included the later spun-off APS division (CHF 33.6 million). Besides lower net income, this is attributable to higher working capital needs in a difficult global supply chain environment.

We expect continuing momentum in our markets despite prevailing macro and geopolitical uncertainties and increased volatility. We confirm our guidance for the full year; we expect organic order growth of 3 to 5% year on year, organic sales growth of 2 to 4% (excluding the impact of exiting the Russian market), and operational profitability to continue on its upwards trajectory to reach close to 10% of sales.